-HERE-
OVER THE LOG CABIN WHERE ABRAHAM LINCOLN WAS BORN
DESTINED TO PRESERVE THE UNION AND TO FREE THE SLAVE
A GRATEFUL PEOPLE HAVE DEDICATED THIS MEMORIAL
TO UNITY, PEACE, AND BROTHERHOOD AMONG THESE STATES
WITH MALICE TOWARDS NONE, WITH CHARITY FOR ALL

Those are the words of the inscription on the Romanesque style Memorial at Abraham Lincoln Birthplace National Historic Park in Hodgenville, Kentucky. The memorial was built on the site of the log cabin house where Abraham Lincoln was born. The cornerstone of the memorial was ceremoniously laid by President Teddy Roosevelt on February 12th, 1909.

Abraham Lincoln is one of the most admired Presidents of the United States. He was born February 12th, 1809 on his father’s Sinking Spring Farm in Hodgenville, Kentucky. We drove there for a visit on an overcast afternoon the weekend before Christmas weekend. 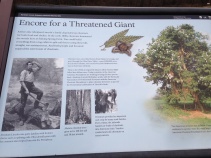 The boys and we enjoyed touring the museum inside the visitor’s center, checking out the log cabin and going on a short trail. The officer inside the memorial told us that one of the leading causes of death for women at that time was having their dresses caught on fire while cooking. Surprising! 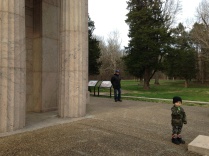 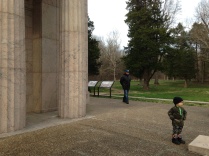 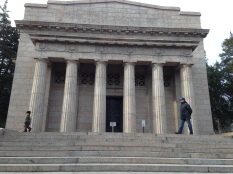 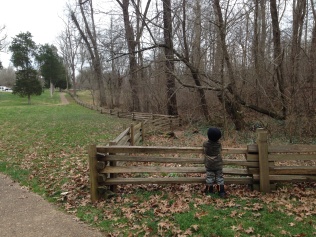 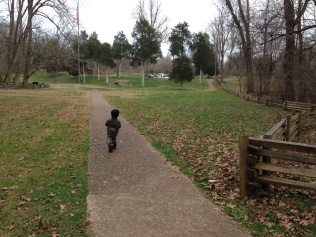 The farm was called Sinking Spring because of this:

What stayed with me after the trip is what Abraham Lincoln allegedly said about his mother, Nancy Hank Lincoln, who died when he was young. He said his mother’s prayers stayed with him throughout his life and helped him become the great person he was. There is a commentary in the museum about how incredible it is that so short a life could produce such a lasting impact on this earth. Food for the soul indeed! 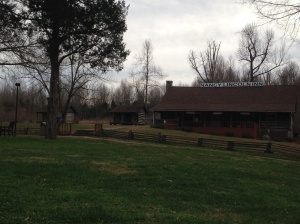 A smitten couple and loving parents in our early 40s. We have lived in 3 different countries together. We dream of living in a fourth country together after our children grow up. We love long walks in the woods, climbing mountains, boating, traveling, reading, and being together. Both David and Lam are old souls who love quietness and meaningful conversations in which we ponder the truth and mysteries of life as well as discuss philosophical and ethical matters. We especially like to enjoy the small pleasures of daily life.
View all posts by David and Lam →
This entry was posted in Family Fun, Faraway Trips and Local Outings, From Lam's Desk and tagged Abraham Lincoln Birthplace Memorial, Abraham Lincoln Birthplace National Historic Park, Hodgenville KY, log cabin, Sinking Spring Farm. Bookmark the permalink.