This Halloween event was organized by Ashville Adventure Center. Our favorite exhibits were the spider lady, the freak circus and the alien UFO. After we walked past the first exhibit, we saw a lit-up Iphone on the ground next to the grass. We speculated that it had been accidently dropped by one of the groups ahead of us. While we were still talking among each other about what to do, the phone moved seemingly by itself. We became even more startled when we came to see a hand around the phone. We finally realized that someone hiding in a bush nearby was actually holding the phone. That was the second exhibit. The hand and arm were camouflaged so that people couldn’t see them in the pitch blackness of the trail. The whole thing gave us a slight fright. The people behind us actually screamed when they saw the phone move. 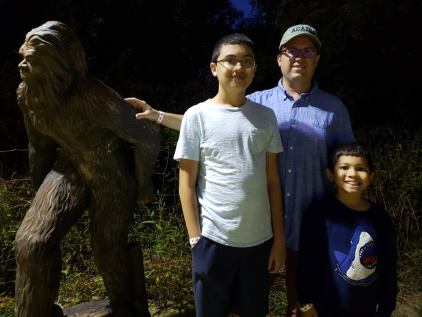 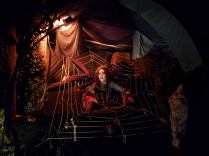 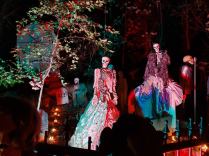 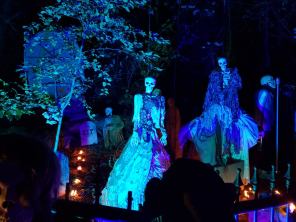 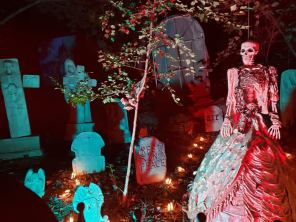 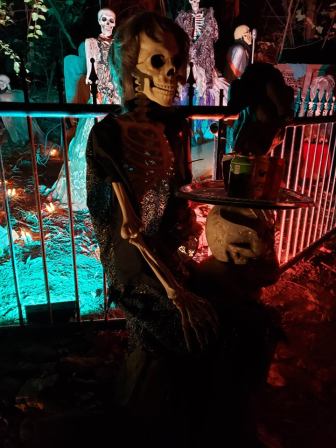 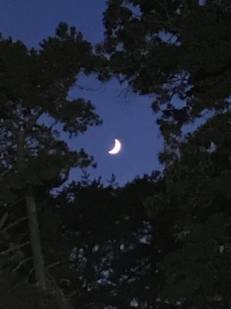 A smitten couple and loving parents in our early 40s. We have lived in 3 different countries together. We dream of living in a fourth country together after our children grow up. We love long walks in the woods, climbing mountains, boating, traveling, reading, and being together. Both David and Lam are old souls who love quietness and meaningful conversations in which we ponder the truth and mysteries of life as well as discuss philosophical and ethical matters. We especially like to enjoy the small pleasures of daily life.
View all posts by David and Lam →
This entry was posted in Family Fun, Faraway Trips and Local Outings, From Lam's Desk and tagged Ashville Adventure Center, Fall break trip, Halloween event, Haunted Trail. Bookmark the permalink.